Enlightenment and Freedom from Suffering 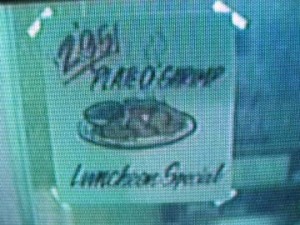 There were 325 comments on my previous post the last time I checked. I haven’t read all of them. But a number of them appear to be discussing the matter of Enlightenment. Someone said that Zen is definitely a religion because it promises Enlightenment, which is the freedom from suffering.

I never really understood that. My teachers never said anything remotely like, “This practice will bring you to Enlightenment, which is freedom from suffering.” The only places I ever saw or heard statements like that were in books and magazine articles that I did not trust, or from people who clearly had no idea what they were talking about. Those people and, of course, Yoda from Star Wars.

I can’t tell you whether the practice of Zen will lead you to Enlightenment and relieve you from suffering. I’ve done this stuff for over thirty years now, though, so I may be able to say a little about what it seems to have done for me.

To me, meditation – zazen specifically – is a way to decrease some of the distractions of the mind. We don’t realize, generally, how incredibly distracted we are by the processes going on in our own brains. But if you work on dealing with some of your distractions you discover that there was a whole world out there you had not noticed before because you were too distracted to perceive it. Do this for long enough and a shift in perception/understanding occurs. At least that’s how it was for me.

I don’t like words like “Enlightenment” or “kensho” or “satori” or “awakening” or any of the other terms commonly used to refer to what happens after you do this process for a long time. They’re inaccurate and misleading. However, after years of doing this process I had a number of interesting shifts in my understanding of things. There was one major shift and countless clusters of others that accompanied it and that keep on occurring even now.

People tend to picture these experiences as a change from confusion to certainty. In a sense that’s kind of the way it is. But the certainty is more about what’s not true than about what is true.

Now I comprehend that there is another answer and that is; “framing such questions in the form that requires a yes or a no as an answer is absurd.”

The problem is that EVERYONE HATES THAT ANSWER. You hate it. I hate it. The Pope hates it. Pat Robertson hates it. Richard Dawkins hates and despises it so much he hacks up a giant phlegm ball and spits on it. Deepak Chopra hates it more than Oprah does. You will never make big money with that kind of answer.

I understand now that the very way I was trained to think and to communicate my thoughts to others does not allow for me to answer these questions any better than that. There is no linguistic solution to this particular problem. When I say that there is certainty, that’s what I’m referring to. This aspect of the problem is certain.

Sometimes, if I’m talking to someone else who has sat with their own minds for a few decades, I can discuss matters like this and can communicate about them. But I can’t put straightforward answers to these kinds of questions into a blog or a book. I’ve tried. Dogen tried. Lots of people have tried. It doesn’t work. The questions themselves make it impossible. Although if you sit for a long time observing your own mind, you can sometimes read things like the stuff Dogen wrote (to take one specific example) and they’ll make sense to you.

So that’s Enlightenment in 200 words or less. What about suffering? Does this practice lead you to freedom from suffering?

Well… my friend Logan died last year and that made me very sad. It still does. A couple months ago I caught a cold and I felt like shit for a few days. Next time I catch a cold, the same thing will happen. I sometimes wish I had things I don’t have. I sometimes wish I did not have things I do have. I dislike doing certain things that I nevertheless must do, like my taxes. And so on and on.

Any excuse to run this pic again is good enough for me. Look! It’s in color now!

What are you asking for when you ask for an end to suffering? Do you even know? Maybe you do, but I don’t.

Don’t fill my comments section up with answers. Thanks.

Are you suffering from too much money? Relieve your suffering with a donation to the continuing operation of this blog!