Browse: Home / Why All Spiritual Teachers Other Than Me, Nishijima Roshi and Dogen SUCK ASS!!!!

Why All Spiritual Teachers Other Than Me, Nishijima Roshi and Dogen SUCK ASS!!!!

My Facebook page gets all kinds of goofy ads for just about any vaguely “eastern spirituality” related thing that advertises on Facebook. I often wonder how FB knows to target me with these ads. It’s kind of scary. I certainly didn’t call Mark Zuckerbeg and tell him I was into that stuff. The Facebook folks also seem to think I want to date younger women. But that’s a whole other subject.

Lately whenever something particularly silly appears on my page, I take a screen shot of it and post it with a comment. The other day I posted the ad you’re seeing now on this blog with the following comment:

“But can Reggie Ray help me stay in the Alpha state or can Omharmonics help me step more deeply into the river of my life? And can either of them get the gunk off my shoes?”

This upset some of the fans of Reggie Ray who subscribe to my FB page. They thought I was dissing their dude. But actually I had never even heard of Reggie Ray before this ad appeared. The only Reggie I know of is Archie’s rival from the Archie comic books. Maybe he got all spiritual when he grew up. 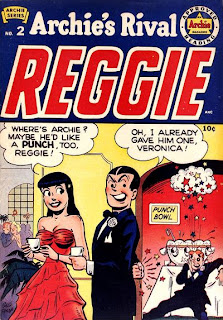 I really do not follow the Buddhist scene in America, or anywhere else for that matter. That seems to surprise people sometimes. But I honestly have pretty much zero interest in who’s who in the land of famous spiritual masters. Occasionally when some dill weed starts advertising that he can get you enlightened for more money than I’ve made in the past three years combined I might take notice.

But generally I don’t care about any of these people. Some of them are probably nice, well meaning guys. Others are clearly in it for the money. It’s like rock and roll or movies of any other form of mass entertainment. Most of what ends up being big is garbage calculated specifically to appeal to the lowest common denominator. Though on rare occasions something good breaks through. Spirituality in 21st century America is one more form of popular amusement.

In any case, I thought what I said was pretty clearly not a put down of Reggie Ray. It was just a comment on his ad and on the fact that it was paired with an ad for Omharmonics in such a way that they seemed to be competing with each other.

One of my FB friends said I ought to attend one of Reggie’s retreats because “he is a genuine dharma conduit.” Maybe so. But I’m over that stuff. Years ago I kept hearing about this particular Buddhist master who was supposed to be really great. So I went and saw one of his things. I was appalled. The guy was a master all right. A master of working the system. He was playing his followers like they were an accordion and he was Weird Al Yankovic. I couldn’t get out of there fast enough.

Maybe Reggie Ray isn’t like that. Maybe he really is great. I don’t know and I’m not all that interested in finding out. No disrespect to Mr. Ray intended. It’s just that I have a teacher. I don’t really feel any great need to find someone else or to sample all the flavors out there on the spiritual buffet table. I’m just not into that sort of thing.

One response I got to my FB post was, I think, pretty typical of what happens when I say absolutely anything about any other teacher. It went, “I’m forever grateful to you Brad for writing Hardcore Zen. It brought me to the practise. But you really seem close minded when it comes to any other teacher. Is it because of your dislike of the fakes out there that you’re skeptical? Or is it something else?”

It’s like what happened when I mentioned Thich Naht Hanh (did I get the spelling right this time? I honestly tried!) the other day. I knew that titling the article “Thich Naht Hanh is Wrong” was bound to cause some consternation. But read the article and you’ll see that it’s about a particular statement attributed to TNH and the way that statement was taken out of context and presented. Unfortunately, little soundbytes like that seem to be the way most people approach Buddhism or spirituality in general these days. They’re too busy to go into Buddhism or anything else in any kind of depth. So they look at a couple of Twitter postings and think they’ve got it down.

Be that as it may, I do not think all other spiritual teachers suck ass. On the other hand, I’m generally not terribly impressed with most of the people currently working in the area of “commercial spiritual teacher” — by that I mean spiritual teacher types who write books, who do lecture tours, who get movies made about them etc. like me, for example.

There is a whole other class of spiritual teacher who are entirely different from “commercial spiritual teachers” who I (generally) respect a lot more. These are people who work mostly anonymously, who nobody ever hears of, whose next door neighbors don’t even know what they do — whose next door neighbors are, in fact, many of the people who say, “There are no teachers near me! Why can’t I just do my Zen training on line?”

Anyway, those anonymous people are almost always better than anyone you’ve ever heard of who also does this “spiritual teacher” thing. The supposed superstars of the spiritual world and most especially me — though I’m a C-list spiritual celebrity at best — are no match for most of these anonymous humble teachers.

The idea that people sell spirituality as a commodity bugs me. I don’t mind people who sell books about spirituality. That’s fine. Or books about their own experience of a practice. Also great. But what a lot of these guys are selling is clearly not that. They advertise themselves as being able to grant you enlightenment, realization, peace of mind, or whatever, for a price. But they can’t do that. Nobody can do that. If someone really could, that would be great.

But you cannot buy that kind of thing. Just like you can’t buy genuine love. Even though you can buy a night with a very good prostitute, some of whom are adept at the “girlfriend experience” which means they can simulate genuine love. But that costs you extra. And a lot of what I see advertised sounds to me like a Zen version of the “girlfriend experience.” That’s what Genpo Roshi is selling with his personalized five-day retreats for only five people in a luxury hotel.

Also the idea that we must not question anyone as pure and lovely as Thich Naht Hanh or Reggie Ray or whoever worries me. When we lose our ability to be critical, we’re stepping into a very dangerous area. We’re no longer looking at things in a balanced way. That’s when trouble begins.