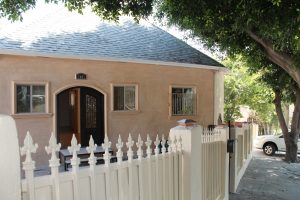 It’s chilly and drizzly here in Belfast, Northern Ireland and my cold is getting better. I spent much of last weekend’s retreat here coughing and trying not to fall over as I sat.

I was supposed to be here a day earlier than I actually arrived. I always give myself at least a day before my first event of one of these European tours just to get over jetlag. However, my flight to Newark had to make an unscheduled refueling stop at Dulles Airport in Washington, DC, causing me to miss my flight to Belfast. United Airlines put me up in a hotel for the night where the air conditioner was set on full blast with no off switch. I wasn’t scheduled to leave until 9:30 the following night so I walked around New York City for most of the day.

The Belfast retreat was great. I met a lot of interesting people including a guy who must be the biggest fan of my writings in all of the UK. He remembered stuff I’d written that I didn’t even remember. People ask me if I get creeped out by that kind of thing. I don’t. In and of itself it’s not creepy because I know what it’s like to be a fan. I wonder if Dogen would get creeped out by me if we met.

I’ll be writing about my Euro Tour-o as it progresses but first I gotta tell you about Los Angeles.

Regular readers may remember back in the late 1950’s when we ran a fundraiser the Angel City Zen Center, a project we’d hoped to get started at the time. Well, it’s finally getting started!

It wasn’t that long ago, but it sure feels like it to me sometimes. To be perfectly honest, folks, I thought it wasn’t gonna happen. Our fundraiser failed to raise the money we figured we’d need to get it started. But one of our members, Dave the bold and brave, made it happen.

Just about a week before I left Los Angeles, Dave signed a lease on behalf of the center on a house at 1407 West 2nd Street, Los Angeles, CA 90026. As of September 15, 2016 that house will be the Angel City Zen Center. 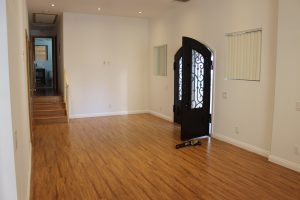 As I said, we didn’t actually raise enough money to do this. But we had enough for the first month’s rent and security deposit. So we are taking a big gamble that we’ll be able to find people to support the place for at least the term of the lease. Otherwise we are in big trouble. I’ll have details on how you can help in an upcoming blog.

Here’s what we need right now to make it work:

Full-time residents: In order to make our rent, we need to rent out rooms in the place to people who want to live in a full-time Zen temple. Residents will have to take part in short morning and evening Zen ceremony-thingies six days a week on a rotating basis. They’ll also have to work to maintain the space as a temple, meaning it has to be clean and ready for zazen and related activities at all times.

One resident for the attached apartment: There’s a one-bedroom apartment attached to the main house with its own separate entrance and parking space. Whoever rents the apartment doesn’t necessarily have to participate in all the Zen stuff, but we would sure prefer that they did. The only hard requirement of the apartment resident is that s/he be respectful of the purpose of the main space and keep noise and other distractions to a minimum. For more info write to dogensanghala@gmail.com

Office Sponsors: We would like to use one of the bedrooms as an office space. Given our current finances (nothing, essentially) there may be no other choice than to get a paying resident in that room. But if we had that room we could use it for dokusan (private meetings with teachers), overflow if we have too many people for the main zendo space, and other related purposes. One idea we’ve had to try to get some people to sponsor the office space with monthly contributions. For more info write to dogensanghala@gmail.com

Angel City Zen Center Members: We need to find a core group of dedicated and interested people to become paid members of the center so that we can be sure to have enough regular cash flow to cover the rent each month. For more info write to dogensanghala@gmail.com

In order to make the sangha’s portion of the rent each month, with four residents living at the center, we need 20 supporting members.

In order to use the fourth bedroom as an office, we will need 30 supporting members.

To become a member, go to this page.

We already have one really groovy event coming up at the center. Our first even one-day micro-retreat at the center will be led by none other than that star of the Zen blogosphere, the amazing Gesshin Greenwood. The event takes place on October 1, 2016 from 10am till 3:30pm. Gesshin is the author of the blog That’s So Zen and is working on her first book, which is due out next year. She’s a real live Zen nun in the Soto Tradition and studied in Japan under two very good teachers there.

So join the retreat or our regular Saturday morning and Monday evening Zen sittings, which will be held at the new space starting next week. It will be a great time to see the new space and hear about what we will be doing there!

I know I just asked for a bunch of donations to Angel City Zen Center. But I don’t get any of that money. If you want to help me directly, you can make a donation to this blog!