Browse: Home / The Age of Reality

The Age of Reality 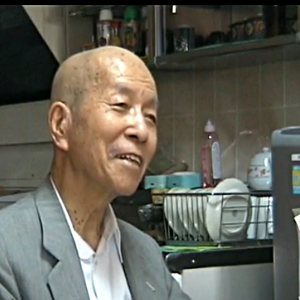 Nishijima Roshi: If Buddhism pervades throughout the world, religions will vanish. That is my idea. Religion is a kind of belief, but Buddhism is believing in the fact in front of us. So the attitude is different. I think human history is going to enter into the age of reality.

Q: And the age of reality means the age of looking at what’s in front of us?

Nishijima Roshi: Yes, based on the fact at the present moment. And in that situation religious thoughts cannot exist.

The exchange above comes from a transcript I recently came across of the Q&A session from the final day of a retreat my teacher Gudo Nishijima Roshi led at Tokei-in Temple in Shizuoka, Japan in the summer of 1995. I was there. And although I am sure at least one of the questioners in the transcript had to have been me, I don’t know which of these questions I asked.

Looking back at this transcript made me think about how I came to understand Buddhism. My teacher was always very adamant that Buddhism was not a religion. He always made a very clear distinction between Buddhism and religions.

To Nishijima Roshi, the decisive difference between a religion and Buddhism was the matter of belief in things that are not real. All religions insist that their adherents believe in certain things that cannot be proven. These matters, they say, must be accepted on faith.

Buddhism does not make any such insistence.

Of course, there are institutions and individuals that claim to be Buddhist who do insist that one must believe in particular unprovable things — for example, reincarnation — in order to be a Buddhist. A few years ago an on-line Buddhist organization wrote up some kind of report on me warning their subscribers that I was not a real Buddhist because I denied the doctrine of “literal rebirth.”

Nishijima was aware of this stuff. But he would say that such individuals and institutions completely misunderstood Buddhism. People got pissed off at him when he said this kind of thing, but he never backed down.

I feel like he’s right, though. There will come a time when religions will vanish.

I think there will still be churches, mosques, synagogues and temples even after religions have gone away. People will probably gather in them and perform ancient rituals. They’ll probably even be moved and awed by the power of those rituals and by the mythology surrounding them.

They’ll continue to draw wisdom from great books like the Bible, the Quran, the Bhagavad-gita and the Buddhists Sutras. Some will even dedicate their lives to trying to follow these ancient codes of deep wisdom.

They may even still believe in God.

But belief in supernatural forces and miracles will dwindle and eventually vanish altogether. This will take a long time. None of us today will live to see it happen. Even our great-grandchildren won’t be around when the transformation is complete. But it will happen. It is unavoidable.

Usually when people predict an end to religion, what they’re hoping will take its place is a world of pure scientific rationality based on a strictly materialistic view of the universe. I think Richard Dawkins and his followers would like to see that.

The problem with that is, pure materialism has failed us just as badly as pure spirituality. The pure spirituality of the Middle Ages provided a lot of uplifting fantasies, but left most people living in filth and squalor. The pure materialism that took hold in the 19th Century and continues to dominate us today provided flush toilets, the Internet and a generally higher standard of living. But it left people feeling empty inside while runaway technology and the waste it produces threatens us with extinction.

But I always find it hard to be quite as bold as he was. Secretly I know for certain he was right. Yet I tend to keep the edgiest parts of what he taught me to myself. There’s no sense in getting the whole gosh darned Internet upset at you.

The Buddhism that Nishijima Roshi talked about has very little to do with the definition of Buddhism most people accept these days — the smallest of the world’s “Great Religions,” the belief in reincarnation, the worship of Buddha almost as a god, the superstitions and rituals, the cults of guru worship…

The Buddhism he talked about was the Buddhism of Dogen, who refuted all of that stuff, who said that just as firewood didn’t go back to being firewood once it became ash, humans didn’t return to life after they died, and who insisted on what he called “deep belief in cause and effect.”

But Dogen wasn’t a dry materialist. He saw the universe as an awesomely mysterious and beautiful living entity and we human beings as just a small part of that wonder. He said that nothing ever broke the law of cause and effect but he also believed there were causes and effects that forever transcended the ability of the human mind to comprehend them. He believed that time was an illusion, that the present moment was eternal. He even believed in what some folks today might call a “higher power” whose eyes and ears we human beings were. The guy said some pretty tripped out shit.

The Age of Reality, Nishijima Roshi always said, is only just beginning to dawn. We don’t know where it will take us. But he had faith it was going to be better.

And I think I agree.

THERE IS NO GOD AND HE IS ALWAYS WITH YOU is now available as an audiobook from Audible.com!

While you wait for the Age of Reality to begin you can make a donation to this blog!