Browse: Home / Retreat With Me

Lots of people write me emails asking if I’ll be leading any retreats. I’m guessing they’re missing the list of upcoming events at the bottom of every article I put up here as well as the events page. So for those of you who haven’t noticed the lists or that page, or who need more info, here it is.

All of these retreats are specifically designed with beginners in mind.

So you don’t need any training or experience. The only training you need takes about five minutes. Here’s a video. Now you’re ready to start! See you there!

There are a few other events I’m doing this year that are not retreats. Those are listed in the “UPCOMING EVENTS” list below. If you’re not ready to retreat, come to one of those instead. 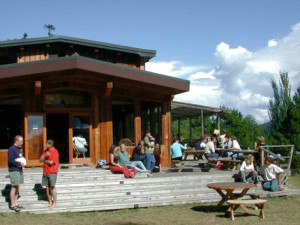 I’ve never been to Hollyhock but it looks like a beautiful place. You can take the video tour.

My retreat there should be very interesting. My retreats aren’t much like the ones they usually have there such as “Balanced Leadership,” “Effective Grant Writing” or “Dreamtime Didjerido.” I’m hoping I’ll go over OK. You can help me out by signing up! I need a few allies who are prepared to sit down, shut up and stare at walls for a few days without writing any grants (effective or otherwise) or playing the didjerido.

I’m going to just do the same stuff I do at all of my retreats. Most of the retreat we’ll be sitting and staring at the bare walls. I’ll offer dokusan (private interviews, very unstructured and not scary at all) to everyone and they say they have great vegetarian meals so that’ll be nice. Plus beautiful scenery!

This will probably not be the venue of this year’s Munich retreat, but who knows!

This will be my third retreat in MÃ¼nchen (as the Germans call it). Each time I’ve been there, we’ve done the retreats at a different location. So I’m not certain yet where this one will be. I’m sure it will be some place nice.

The Munich retreats tend to be very low-key, informal, and friendly. They’re a bit like an extended version of the weekly sittings we do in Silver Lake Yoga on Monday evenings. Just some nice people who want to sit and stare at walls together. 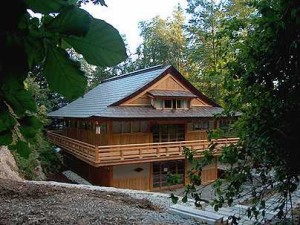 I’m looking forward to this retreat a lot because Felsentor was established by Kobun Chino Roshi, who was the teacher of my first Zen teacher Tim McCarthy. I’ve never been there, but it looks gorgeous!

Because it’s a full time Zen center this won’t be one of those retreats where I’m running around for the first day trying to work out how to do zazen in a place that was built to do something completely different. So that will be a relief.

I’m not sure what exactly to expect from this one, so I’m open to anything. It should be fun. So show up and enjoy!

5-DAY RETREAT AT BENEDIKTUSHOF MONASTERY (Holzkirchen, Germany, kind of close to WÃ¼rzburg and not quite as close to Frankfurt) August 30-September 4, 2015

This will be my third retreat at Benediktushof. The place was originally a Benedictine monastery which has now been taken over by a renegade Benedictine monk named Willigis JÃ¤ger (whachoo talkin’ ’bout Willigis?) who once pissed off the Pope.

Willigis is into Zen so the space is sort of Christian and sort of Buddhist. It’s also got the best apfelkuchen in the world. So there’s that for incentive! Plus it’s got nice, hotel-style rooms for participants, each with its own shower. So if you’re not into the usual rustic accommodations you often find at Zen spaces this could be the retreat for you.

I’ll be returning to Hamburg again this year, but this time one of the events I’ll be leading will be a full day of zazen practice. This isn’t precisely a retreat as such. But it could be a nice starter event for people who aren’t sure they can manage a full retreat.

Hamburg is a cool, rock’n’roll town. I really had fun there last year and I’m sure it’ll be great this year too. 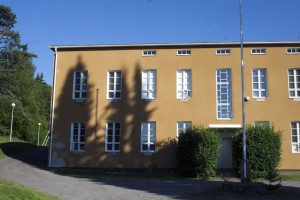 It doesn’t look like much, but this center is surrounded by some of the loveliest countryside in all of Finland.

Finland is one of my favorite places in the world. Which is weird because before I was invited there for the first time in 2009, all I knew about Finland was that Monty Python song.

It turns out there is a whole lot more going on in Finland than pony trekking and camping or just watching TV. There are saunas and pagan parties in the woods and heavy metal guys all over the place. It’s an amazing country!

Almost every time we do retreats in Finland the days end with a trip to the sauna followed by a plunge in an ice-cold lake. I often opt out of the ice-cold plunges myself. 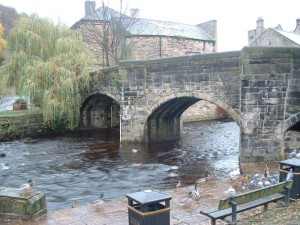 Hebden Bridge is known internationally as the “Lesbian Capital of Great Britain.” Seriously. I’m not making that up! But whatever your sexual orientation, you’re sure to love this retreat!

Situated in the green rolling English countryside between Manchester and Leeds, Hebden Bridge is a former mining town that has been taken over by artsy hipsters and, yes, a considerable number of lesbians. It’s quaint and it’s cool at the same time. Another one of my favorite places to go.

The retreats we hold there are always very laid-back and nice. It’s just a cozy time with an opportunity to go deeply into oneself and the universe we inhabit. There will be ducks and Marmite!

THE ART OF SITTING DOWN & SHUTTING UP London, England September 20, 2015

This is shaping up to be an interesting event. I’m not certain precisely what it will be just yet. Basically it will be a longish introduction to zazen practice with opportunities for discussion.

And it’s in London!

Glastonbury is another place I have not had the pleasure to visit yet. But I’ve heard a lot of wonderful things about it.

This two-day retreat is being hosted by some local Zennies from the Suzuki Roshi lineage (same lineage as San Francisco Zen Center). We’ll be sitting down and shutting up and letting our minds go free. That sounds pretty hippy-ish, right? It should go over well in Glastonbury. 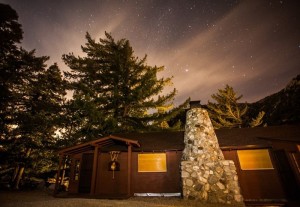 Yep. We’re doing it again, folks! Here’s the official description: “This three-day intensive retreat will focus primarily on the practice of zazen. Going deeply into silence for several days provides a different perspective than one might experience in shorter day-to-day sittings. Morning chanting services, work periods, and yoga (led by Nina Snow) will round out the daily activities. The program will also feature lectures by Brad and Soto Zen monk and philosophy professor Kevin Bortolin, as well as the opportunity for dokusan (personal meetings) with Brad. Participants will be able to take advantage of this beautiful location for hiking during free periods.”

I don’t earn much money on these retreats. I basically make just a bit more than it costs me to fly all over the world and run them. The donations I receive from this blog are my main source of income. All contributions, no matter how small, really help me a lot. Thank you very much!