Here are two new videos by Zero Defex for songs from our forthcoming album “Caught in a Reflection.” The album will be available on CD at our shows at:

May 26, 2012
Now That’s Class
1213 Detroit Avenue  Cleveland, OH 44102
with Killer of Sheep, Gun Parole and Dead Federation
a record release party for the album by Cleveland punk legends The Guns

ARMAGEDDON
This video features dancers Cherry, Nina Fukuzato and Zingara Amore. The song was brought to the band by drummer Mickey “X-Nelson” Hurray and subsequently pounded into shape by us. Rumor has it Mick wrote the tune on piano! A first for Zero Defex! The video was shot in Wadsworth, Ohio at their public access cable facility. I slaved over a hot laptop for hours making all the weird psychedelic effects.

ANYMORE
This song was brought to the group by guitarist Jeff “Ghoul” Hardy who also provided the fine insightful lyrics. Vocalist Jimi Imij mostly edited the video although I got it started. But I didn’t have the guts to cut it up as much as Jimi did. The beginning and ending are from a one-of-a-kind record Jimi found at a thrift shop. It was recorded at a school in West Virginia sometime in the 1940s. 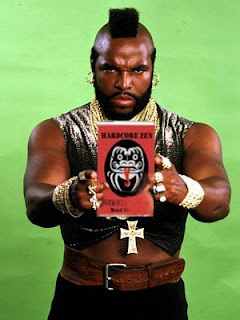 I pity the fool who don’t get enlightened!