On Friday my friend Bryan Clark told me about a film called An Honest Liar and I took him up on his invitation to go see it. I’m glad I did. It’s a really good film.

It’s a documentary about the Amazing Randi. James Randi is a Canadian magician who made a cause of exposing other magicians who, rather than being honest about their use of tricks and sleight of hand, presented themselves as psychics and faith healers. Randi was angered by how these people used the same sorts of tricks he entertained audiences with to lie to their followers and swindle them out of their money.

In the Seventies, James Randi famously exposed the fakery of spoon-bending psychic Uri Geller and phony faith-healer Rev. Peter Popoff. Yet, even after being exposed as fakes, both Geller and Popoff prospered rather than faded away.

James Randi is a big fan of hard-line Skeptics (with a capital S) like Richard Dawkins and Sam Harris. Neither appear in the film, but after the screening I saw at the Nuart Theater, co-director Tyler Maesom did a Q&A in which he mentioned this. I think he said they interviewed Dawkins for the movie but didn’t use it in the final cut. Maesom also mentioned that he’d gotten interested in the Amazing Randi because he was raised a Mormon and had a lot of anger around finding out he’d been lied to by the Church.

This got me thinking of another documentary I saw at the Nuart Theater, New York Doll. This film tells the story of Arthur “Killer” Kane, bass player for the New York Dolls. It’s also the subject of one of Robyn Hitchcock’s best songs, NY Doll. In a nutshell, after the New York Dolls’ short and explosive career came to an end, Arthur Kane found himself adrift and broke in Los Angeles, doing lots of drugs and attempting suicide by jumping out his kitchen window. 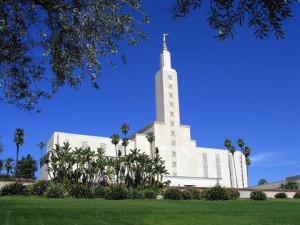 Then one day, Kane happened to walk into the big Mormon Temple on Santa Monica Boulevard. The Mormons took him in, got him off drugs, gave him a sense of purpose and even helped him get the Dolls back together for one last show with the original members. Then just 22 days after that show, Kane died of leukemia at age 55. He’d had the disease for a long time and it was the prospect of the reunion show that kept his spirits up enough to keep on going.

I started to wonder; Would Arthur Kane have been better off if, instead of the lying Mormons, he’d run into the truth-telling, falsehood-debunking followers of Richard Dawkins instead?

We know the answer. Dawkins and his friends could have offered Kane plenty of hard truths but no comfort. Kane wouldn’t have made it to that Dolls reunion and his final years would have been much sadder than they were.

Sure, all that stuff in the Book of Mormon about Joseph Smith finding golden tablets that mysteriously disappeared before anyone else got a look at them and the rest of it is bullshit. The way they flip-flopped on the issue of whether black people could go to Heaven and their intolerant stance on homosexuality is reprehensible. Yet in spite of this, they are able to do their members a lot of good in ways that skeptics are woefully unable to.

I think that in Zen, we try to find the Middle Way through all of this. The Zen attitude towards its own scriptures and ceremonies has always been thoroughly skeptical. To cite just one example, even though the Lotus Sutra says Buddha could fly and that his lectures were attended by all sorts of weird beings from alternate universes, nobody in the Zen lineage ever insists that you need to actually believe any of that stuff. And even though we hold elaborate religious style services with plenty of chanting, bowing and incense offerings to statues, there is never any pressure to believe that some kind of magic happens when we do that stuff.

I’m basically a skeptic. But I’m not a hardline skeptic. I see the value of a certain degree of faith. It’s rational to have faith sometimes. Not faith in the supernatural, but faith that what we know is not all there is to know.

Groups like the Mormons and others like them offer what they offer for a price, and that price is that you must believe. In a brilliant article for the LA Weekly called Why I’m Not an Atheist, Henry Rollins speculated on the origins of religion and said some of the same stuff I often say (Henry, do you read me?). He said, “Since there aren’t enough resources for everyone to have a personal cop monitoring their every action, there must be a mega-cop so huge that his omnipresence is invisible and unquestionably powerful. This is what I figure religion is. Try to be good. Being human, you will make mistakes, but all is not lost. You can ask to be forgiven; by meditating on your mistake, you will see that it would be unwise to repeat the behavior. Throw in the idea of punishment and reward and it’s a workable system.”

Yet that system is breaking down under the weight of skepticism and the wider understanding of how the universe really works. It’s harder and harder for people to believe in their old Gods. Some try to take up arms against science but it’s a fight that’s doomed to fail.

What we need is a religion without beliefs. Fortunately we already have one and it’s been around for a long time.

It is rational to donate to the continuation of this blog since you are reading it. You can donate as little as one dollar! It all helps.