Browse: Home / There is No Mistake

There is No Mistake 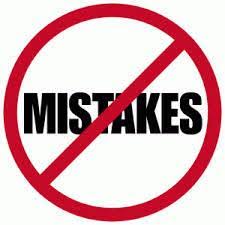 Yesterday I arrived in in Turku, Finland at about 3am. I managed to sleep through the night, which surprised the heck out of me.

During the night I had a dream in which I was talking to an audience about Zen. When I woke up, I typed what I could recall of the talk that I gave in my dream because I thought it was pretty good. Here is what I typed:

A lot of religions have the idea that we are here because of a mistake. Someone did something wrong in the past. Or we did something wrong. And the reason we’re here is as a punishment, or as a bad consequence of that mistake, that sin. But there’s an undercurrent in zen that there is no mistake. There is no mistake! This is exactly as it should be. This world with all of its pain and suffering and sorrow is just as it is supposed to be. But that’s a hard idea to get behind. Because some people in this realm have it really tough. And we ourselves have it really tough.

Way at the back of the dream audience listening to dream me saying this were some religious people in robes. They looked kind of annoyed at hearing me say this.

Let me see if I can re-phrase my dream sermon to make a bit more sense out of it.

A lot of religions see this realm we are living in — Planet Earth and the universe in which it floats — as basically a bad place to be. It would be far better to be in Heaven or in the Garden of Eden or Krishnaloka or to transcend existence entirely and achieve Nirvana.

The reason for us being in this less-than-ideal place, according to these religions, is because someone did something wrong. For Christians, Jews, and Muslims it was the fault of Adam and Eve. They ate from the Tree of Knowledge and thereby cursed all of us who came after them with Original Sin. Thus we have been born here rather than in the Garden of Eden. If we do well here, maybe we’ll be allowed to ascend to Heaven. For Hindus and most Buddhists it’s our own damned fault. It’s because we behaved in a less-than-exemplary manner in a past life and failed to extinguish enough of our bad karma to get into one of the better realms, or merge with the Godhead, or, for the Buddhists, disappear completely.

In any case, they agree with the Jews, Christians, and Muslims that this is not a great place to be.

In terms of what I said in my dream, these religions would say that there was some mistake, or some sin, that put us here.

But there’s a sense I get from the Zen Buddhists that their take on things is that there is no mistake. We aren’t here because we sinned or did something wrong or because our ancestors did something wrong. We are here because we wanted to be here. We are here because this is exactly where we needed to be. Some Zen folks would probably go even further and say that we actually created this place, not to punish ourselves, but because this is exactly the place we most wanted and needed to be.

But, said the dream me, this is a tough sell. There’s a lot of pain and suffering and sorrow in this Earthly realm. I certainly suffered on the plane ride over here from Los Angeles (see my previous post). I think that most folks here on Planet Earth don’t think of it as the greatest possible place to be. Even the richest and most privileged among us dream of something better, even if it’s just a better version of this place in which they have even more money and fame.

I feel like I understand what dream me was saying. I tend to agree with him. I agree both that the Zen take on things is that this is the best possible place to be and that it’s very hard to make that case. Maybe that’s why I made the case in a dream instead of in an actual talk.

The disapproving religious people I saw in my dream wore what looked like Buddhist robes. I remember them wearing maroon colored o-kesas (kassayas) over orange robes. I don’t think I’ve ever seen any actual Buddhists wear robes quite like them. They had shaved heads and seemed to be Asian. I’m not sure who my subconscious mind was trying to invoke.

So there you go. That’s what I dreamed last night.

I hope to see some of you tomorrow night for the Finnish premier of Zombie Bounty Hunter M.D. starring me (sort of, I mean I’m part of the main cast of the film).

The comments section is closed, but you can write to me directly at bw@hardcorezen.info