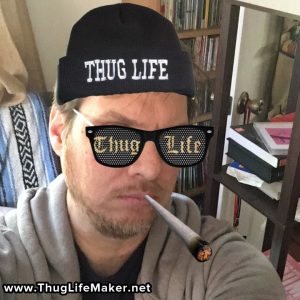 I finally watched Straight Outta Compton last night. I’m not sure how I missed it when it was in theaters. I usually go see just about any music related film that comes out. Could be I was on the road during its theatrical run. But anyhow, here I am, two years too late to the party.

I won’t review the movie, since that’s been done to death (row) by now. I liked it a lot, though.

One thing that stood out to me was that a lot of the problems N.W.A. went through can be traced back to disputes about social hierarchy. The members of the group and their entourage spend much of the film fighting about who out-ranks who.

This is, of course, a pretty common thing in the gang-dominated culture they grew up in. But it’s absolutely not unique to gang culture, or hip-hip culture, or African American culture, etc. You see this everywhere in all cultures across the world.

In fact, it’s not even unique to human beings. All primates do it. All mammals do it. If you’ve ever tried to share a house with two cats, you’ve had to deal with this phenomenon. Birds have pecking orders. Reptiles have dominance hierarchies. It even happens among insects and fish.

In our species, among others, these fights for dominance tend to be more boisterous and physical among males. But females do it too, just in different ways.

It’s always weird to me to see even people whose societal rank is well established often still fighting for dominance. Our current US President is a good example of someone whose rank is unquestioned and yet behaves as if he must constantly defend it.

Black folks do it. White folks do it. Brown folks and yellow folks do it too. Men do it. Women do it. Those who identify as neither men nor women do it. Presidents do it. Even ancient Chinese Zen people did it.

In Zen, there is an ideal often expressed as “a true person of no rank.” One of the most famous stories about this goes like so:

One day Zen Master Rinzai (pronounced Lin-chi in Chinese) said, “There is a true person of no rank in the mass of naked flesh, who goes in and out from your facial features. Those who have not yet testified, look, look!”

A monk came forward and said, “Who is this true person of no rank?”

Master Rinzai came down from his seat, grabbed the monk by the collar and said, “Speak! Speak!”

Master Rinzai let go and said, “What a worthless shit-stick this true person of no rank is!”

One of the most valuable things I learned from Zen practice was how to be a person of no rank. Just like everyone else in the world, the desire to establish my rank comes up all the time for me in various situations. Just like everyone else, I want recognition, I want my place in line at the buffet at the Indian restaurant, I want everyone to know who’s boss when it comes to Zen in the West (me, obviously).

Yet whenever I have given up striving to establish my rank in a given situation, I’ve felt a tremendous sense of relief and peace. Sometimes there’s a nagging little voice in the back of my head nattering about how I should’ve held tighter to my position. But if I just let that voice say its piece without accepting what it’s saying as true, things feel better.

I’ve found great utility in letting other people have the last word in arguments, or in accepting their assertion that they’re right and I’m wrong even when I know for a fact that’s not true. Of course, there are times when something important is at stake and you have to hold your position. But I’ve discovered those times are far rarer than I used to believe. Most of the time it doesn’t matter.

This is especially true when the dispute about social hierarchy occurs with strangers on the Internet. Not only is it usually exceedingly unimportant who gets the last word in, but even in terms of social hierarchy, winning an argument on-line doesn’t get you anywhere. So not only am I stressing myself out over an argument that doesn’t matter, even if I win that argument I don’t get any real points in terms of social rank. The best you might possibly get is if someone makes you one of those “thug life” GIFs. Why even bother?

Being a true person of no rank isn’t that easy. When you first try to do it, that nagging little voice isn’t so little. Often it isn’t just your own nagging voice either. People around you might respond to you differently. You might lose some status.

But the interesting thing is that if you learn to do this consistently, you find that you exist in a social realm that’s removed from hierarchy. Nobody knows quite what to make of you. When you’re not even making an effort to establish your rank, you find that you can be very free. You become exempt from playing games that, to me at least, were never that fun or even useful to play anyway.

You might think you’d end up labeled as a “loser,” but that’s not quite what happens. You don’t end up being regarded as a “winner” either. That’s true. But it also ceases to matter very much what others think of you.

And that’s a good place to be.

Your donations are how I rank as a good tenant at my apartment. Those $5 and $1 dollar contributions add up! Thank you very much for making this blog possible! Your donations are my main means of supporting my teaching. If you find a little bit of truth in what I’m saying remember that even a small donation helps. Thank you!