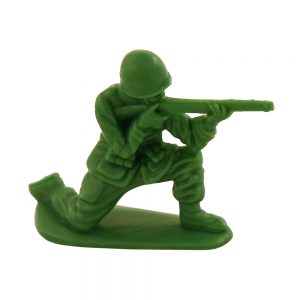 Right at the beginning I want to say that this is an article in support of fairness and inclusivity. Please bear that in mind.

I am fully in favor of fairness.

I am fully in favor of inclusivity.

Fairness and inclusivity are not natural, however. They are artificial human constructs. Nature is not fair and it is not inclusive. Human beings, as a naturally occurring animal species, are not fair or inclusive unless we try very hard to be, unless we go against our natural inclinations.

Once I found a baby bird on the sidewalk near the corner of Rodney Drive and Russell Avenue in Los Angeles. I carefully scooped up the little bird and placed it back in its nest. The following day I found that baby bird dead on the same sidewalk.

An animal species has to be strong in order to survive. In order to be strong it has to weed out its weakest members so that their weakness doesn’t get passed on to future generations and thus lead to the weakening and eventual end of the species. Nature is not fair or inclusive. My lovely ideas of fairness and inclusivity do not work in the animal world.

Around twenty years ago I worked for the Summit County Board of Mental Retardation and Developmental Disabilities in Akron. Among the clients I worked with were fully grown adults — six-foot tall, 180-pound humans — who could not care for themselves any better than a three-week old infant. Human beings are fair and inclusive, when we have the resources to be. This ability to be fair and inclusive has a high price.

I’m not saying this is a good thing. But it is a fact. I hope this is not always the case. I believe that someday, in the distant future, when neither I nor anyone else alive here in the year 2017 is around any longer, it is possible that this will not be the case.

But we will never get to that point unless we understand the real situation right now. Which is that if we want a fair and inclusive society (and I do), we need to employ people whose job it is to kill — or at least have the capacity and willingness to kill — other human beings who threaten fairness and inclusivity.

I am a monk. What I do depends on people who defend me.

We often look back on our human past with horror at the terrible things human beings have done to each other. No race or culture gets a pass on this stuff. Every one of them has done terrible things.

And yet I sometimes wonder how much of our ability to be nicer than our ancestors depended on the fact that our ancestors were such assholes.

Sometimes I also wonder if I, as a monk and writer of books about Zen, am any more necessary and useful to my society than those unfortunate people I worked with back in Akron or that baby bird I failed to save. I would like to believe that I do provide something to this society. But I also know that if this society broke down — like after a revolution or a war — I wouldn’t last very long. If resources became scarce, there wouldn’t be much reason to extend what little fairness and inclusivity there was left to go around to the likes of me.

Again, I am not saying any of this is a good thing, but it is a fact. And if I refuse to see facts, I’m not doing my job as a monk and I am, therefore, a burden to society rather than a help to it.

Monks cannot be naive and idealistic. We have a duty to be honest with ourselves and honest with the people we encounter.

A couple weeks ago I put up a blog piece called I Vow Not to Destabilize Society. That piece provoked a loud outcry among certain more idealistic readers of my stuff. I was told that our society was already destabilized and that the way forward was to pull down the terrible people who run our world and replace them with nicer, fairer, more inclusive people.

Maybe that’s true. Eventually. Far in the future. But it will have to happen slowly, incrementally, piece by piece. None of us here in 2017 will be alive to see if our small efforts to make the world a fairer, more just, more inclusive place have worked out. We may see some progress, but we won’t see the end result. Or maybe we will see it in a future incarnation, if you believe in that sort of thing. But not in this lifetime.

Violent and sudden overthrow of the current powers-that-be will only allow even worse people than them to take charge of things. If you talk about destruction, don’t you know that you can count me out.

Change has to come. We need to be the instigators of change. But as a monk, I see myself as the instigator of small change on a personal level. This is the only realistic road to a better world for those yet to be born.

Our Zen retreats are fair and inclusive. How about registering for the Dogen Sangha Los Angeles Spring Retreat April 21-23, 2017 at Mt Baldy Zen Center ?

Led by Brad Warner, this three-day intensive retreat will focus primarily on the practice of zazen. Morning chanting services, work periods, and yoga (led by Nina Snow) will round out the daily activities. The program will also feature lectures by Brad, as well as the opportunity for dokusan (personal meetings).  Participants will be able to take advantage of this beautiful location for hiking during free periods.

Click for the registration form, practice schedules and more!

I depend on donations from people like you! Even a small donation helps. Your donations are my major means of paying my rent. Thank you!