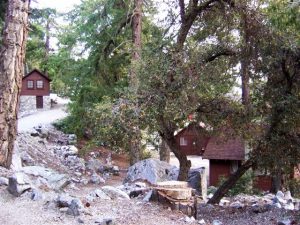 Starting on Friday, we at the Angel City Zen Center will hold a three day Zen and Yoga retreat at Mount Baldy Zen Center. The dates are October 26-28, 2018. We are accepting applications right up until Friday morning. But please don’t wait until then because it’ll be really hard to process you if you sign up that late. Besides that, we might fill all the available spots before then.

The theme of the retreat will be Dogen’s essay “ZENKI.”

For use at the retreat, I have made a new English translation/paraphrase of the essay. And here it is for all of you to enjoy! I will be doing three lectures about this essay at the retreat. You’ll have to be at the retreat to enjoy those.

Sadly, Word Press won’t display Japanese or Chinese characters, so all of the Japanese stuff in the footnotes is in roman letters. If you really feel like you need to see the Japanese, write me at bw@hardcorezen.info and try to bribe me into sending you a PDF of this. You can offer me Ultraman toys, Godzilla toys, rare DVDs of The Ghoul, gift certificates to Amoeba Music, Rockaway Records, Freak Beat, CD Trader or other LA-area record stores, cash, or rides to places.

This pivotal moment[9] right now causes life to be life, and causes death to be death. This very moment right now, which is the pivotal state of enlightenment itself, isn’t necessarily big but isn’t necessarily small either. It’s not the entire universe, but it’s not just one place either. It doesn’t last a long time, nor does it vanish quickly.

Life is like a person on a boat. On this boat, I unfurl the sail, I steer with the rudder, I use the pole to shove off. But at the same time, the boat carries me, and there is no me beyond the boat. Because I’m sailing on it, the boat becomes a boat.

The limitless potential of life and death is like a person extending an arm. Or it’s like a person reaching back in the middle of the night to adjust a pillow[16]. Such action is realized[17] where there is an abundance of divine light[18].

Every moment is limitless potential. Because this is so, our different ways of understanding are different fragments of enlightenment vying to be realized[19].

(This talk was presented at the castle of Lord Yoshishige on December 17, 1242.)

[1] Zenki, this is the title of the piece. It’s untranslatable. The first character means “all” or “total.” About the second character, Nishijima and Cross say that it “carries the meaning of a momentary opportunity for action.” It is part of the word for machine and refers to the part of a machine that moves. Nishijima and Cross use “All Functions” as their title for this essay. Tanahashi and Brown use “Undivided Activity.” Nishiyama and Stevens go with “The Total Activity of Life and Death.” Abe and Waddel use, “Total Dynamic Working.” Reiho translates it as “Full Function.” Thomas Cleary translates it as “The Whole Works.” My first teacher, Tim McCarthy prefers “The Whole Shebang,” which is the title I’m using for it in my forthcoming book. For this version I am using “Limitless Potential” not because I think it’s the best translation (Cleary’s “The Whole Works” is the one I think comes closest), but because it sheds light on an aspect of the term that other translations do not.

[2] Guujin, this word is no longer used in Japanese. The characters mean “investigate” and “exhaust.” So literally “(when) investigated to the very end.”

[4] Genjou, a Buddhist term favored by Dogen (in the title of his essay Genjo Koan, for example). The characters mean “present moment” and “to attain.” So literally “attaining the present moment.”

[6] Su/sha, this character is part of the word suteru, which means “to discard.”

[8] Genjou kore sei nari, sei kore genjou nari. Nishijima and Cross have, “Realization is life, and life is realization.” Waddell and Abe’s version of this line is almost identical. Tanahashi and Brown consistently translate the character sei as “birth.” This character can mean either birth or life. Their version reads, “’Realization’ is birth, and birth is realization.” They put quotation marks around the word “realization.” Nishiyama and Stevens change this section quite a bit, but the line “Life and death together are the actual appearance of truth” appears to me to be their rendering of this line. I chose to make it “this life” and “this enlightenment” because of Dogen’s use of the word kore, which, in modern Japanese, means “this.”

[9] Kikan, in contemporary Japanese this means “engine,” “agency,” or “system.” The first character in this word is the same as the second character in the title of the essay. Nishijima and Cross translate this word as “momentary pivot-state,” which they say “suggests the state that is the total realization of life and death in each moment.”

[11] Muryou no hou, literally “countless dharmas.” The word dharma, in this case, has a very broad meaning. So I chose to translate it as “realities.”

[13] Seitou inmo ji, the first two characters mean “just” or “exact.” The final character means “time.” The third and fourth characters, taken together, are pronounced inmo. This is a special word that Dogen often uses. It literally means “it” or “what.” Nishijima and Cross usually translate it as “ineffable.” I decided that “mysterious” sounded a little better to me than “ineffable.”

[14] Sei wa waga sei zeshimuru nari, ware wo ba sei no ware narashimuru nari. Nishijima and Cross have, “life is what I am making it, and I am what life is making me.” Tanahashi and Brown skip this line altogether. Abe and Waddell translate it as, “life is what I make to exist and I is what life makes me.” The Nishiyama/Stevens version says, “life and our existence function together.”

[16] A reference to a phrase also used in Dogen’s essay entitled Kannon, about compassion, in which he says that compassionate action is like a person reaching back to adjust a pillow in the night.

[17] Genjou (see footnote #4) is used here again. I have translated it as “realized” in this instance.

[19] Kono yue ni, shika no gotoku no kenkai, kihohi genjou suru nari. Nishijima and Cross translate this line as, “Thus views such as these vie to be realized.” Cleary translates it as, “For this reason, such a vision and understanding vigorously appears.” Tanahashi and Brown give us, “Because of this your understanding can be manifested moment after moment.” Waddell and Abe express it as, “This is the reason for competing manifestation of such thoughts.” Gudo Nishijima’s translation into contemporary Japanese is “Kono you na riyuu kara, jouki no you na kangaekata ga, tsugi kara tugi e to kyousou no katachi de genjitsu no mono to naru no de aru.” Which I would translate as, “For this reason, the previously-mentioned ways of thinking are in competition one after another to become real entities.” I’m choosing to translate it differently because of Dogen’s use of the word genjou, which means realization, but generally refers to a specifically Buddhist sort of realization, which is also sometimes called “enlightenment.” And also because Dogen seems to be saying throughout this piece, as well as in his other writings, that our various ways of understanding, though incomplete in themselves, are limited manifestations of a holistic and unlimited understanding.

OTHER TRANSLATIONS OF ZENKI AVAILABLE ON LINE

Talk about Zenki by Mel Weitsman of Berkeley Zen Center