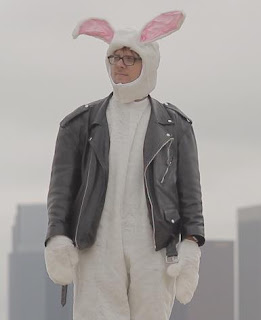 I just got back from Los Angeles and boy are my brains tired.

I always find that shorter distances are more difficult than longer ones when it comes to jet lag. I can usually recover from a trip from LA to Tokyo, with a time difference of ten hours, in a couple days. But it always seems like it takes me a week to recover from the three hour time difference between Ohio and California. So I’m all spaced out right now.

And, of course, as soon as I leave Ohio, the weather gets nice here. I think the temperatures were warmer on average in Akron last week than they were in Los Angeles.

I did two Zen events while in California, one all-day zazen micro-retreat at the Hill Street Center in Santa Monica and a talk at Against The Stream, Noah Levine’s place in Hollywood. I also appeared on Suicide Girls radio with hosts Nicole Powers and Darrah De Jour. The other guests were two women who work at The Dominion, an S&M club on Venice Blvd. in LA. Snow Mercy was a tall dominant and Koko was a teeny little submissive. It was a pretty interesting chat. 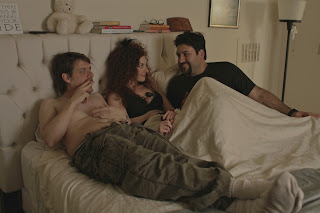 We also filmed some more of the documentary they’re making about me. I’m determined that this will not be the standard type of reverential fluff-piece that usually comes out when people are doing documentaries about so-called “spiritual teachers.” So I’ve been doing my best to try and trash any hint of that. Hopefully the finished product will at least be funny and entertaining. The photos on this post are stills from last week’s shoot.

I think it’s really vital to destroy the image that has been built up of what a “spiritual teacher” is supposed to be. I feel like no good can possibly come of the belief in supposedly perfected beings. They simply do not exist.

On the other hand I have no doubt I’d be far more successful in the way that term is usually defined if I just played the role that’s expected of someone in my position rather than constantly questioning it. I just don’t see that as a way to do anyone any good. And not only that, I wouldn’t enjoy it as much as I enjoy acting like an idiot in front of a camera or an audience. 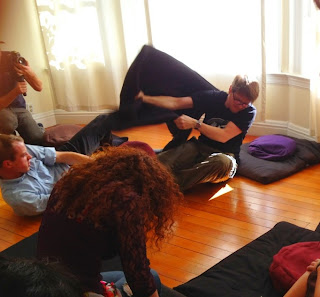 People in this Eastern spirituality business often talk a lot about something they call “authenticity.” But usually what they call authenticity seems to me more like fitting into a mold of what someone else imagines authenticity ought to look like. I think it’s time someone tried being truly authentic for a change. It’s more fun that way anyhow.