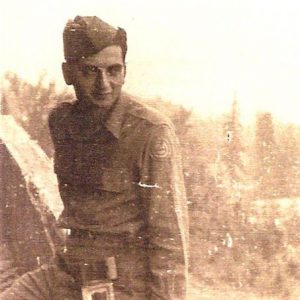 Here’s an email I got the other day:

Here’s what some American Buddhists and their families are experiencing these days:

– I get repeated messages from my kids’ school.  Violence against students of color has increased since the election and more and more children are skipping classes out of pure terror.  The school hired more school nurses and a trauma therapist in an effort to convince parents to take their children back to school.

– My wife is a nurse working with the Jewish community.  She takes care of Holocaust survivors, Eastern-European ladies in their nineties.  They are utterly terrified about hearing about men chanting “Hail Trump!” a few blocks from the Holocaust museum.  This, obviously, affects their health in a terrible way.

– I need surgery.  Thanks to Medicaid expansion I was able to see a doctor who was programming my surgery for early 2017 — but now it’s postponed indefinitely since he doesn’t know if the program will continue and the insurance will pay for it.

And that’s just me and my family. But let’s talk about you.

In your posts about the election you don’t address these issues.  You’re probably not aware of them.  You’re not married, nor have children.  You don’t take care of the elderly or sick and you probably don’t need surgery that you can’t afford.

My family is not a unique case and a lot of these issues are in the news — but you don’t seem to care about the news. What you seem to care a lot is about you and how people perceive you.  You were very distressed about not being seen as “Zen enough.”

On the other hand, you may think that Trump is not directly responsible for inciting acts of violence, hate or the fate of people who aren’t rich.  He’s an individual and he is only responsible for himself and what happens to him. However, as a Buddhist, I learned that there’s no such thing as “an individual” — then again, I don’t claim to be a teacher.

I agree with people who says this election was a “wake-up call.”  It revealed a lot of cracks in the integrity of people I used to admire.  How many of them are willing to throw the likes of me and my family “off the boat” if that allows them to be perceived as “more Zen.”

This, however, doesn’t affect me as a Buddhist.  It’s not about a teacher’s integrity or if other American Buddhists care about me, my family or those Holocaust survivors. In the end, it’s just about me being a light for myself.

Thank you for your email.

I’m very sorry about what you’ve experienced.  I am aware of these issues. But I’m also aware that a lot of people have been talking about them. I’m not sure what my writing about them could help. I don’t know what version of the article you quoted that you read. It was up for a couple of hours before I put up an extra paragraph at the end. Maybe you missed that part. Here it is:

* I think that line my correspondent said, “It is my opinion that most Trump voters are not racist, but that the media has portrayed them as such and thus that the racists feel that this means they are safe now” is really important. If non-racists who opposed Trump think that all Trump supporters are racists, you can only assume that racists who voted for him think so as well. This is why some of them have gotten so bold lately. I think it is critical that Trump’s supporters as well as Trump himself must make it clear that they don’t go along with that shit. So far, I haven’t seen a whole lot of that happening. Trump did a little bit of this, but he’s got to do more. And, just as importantly, so do those who voted for him. Maybe some of you who wrote to me can work on this issue.

That’s what I wrote. Maybe it will have some small impact. But, honestly, probably not a lot.

As for me, if I worried about whether people saw me as “zen enough”… Well, let’s just say I’ve been criticized quite heavily for not being lots of people’s ideal version of “Zen” over the past twelve years or so, and I really don’t care anymore.

What distresses me is that a large part of the Buddhist community in America has demonized all of Trump’s supporters and made a lot of blanket assumptions about them. I am not a fan of Trump either (I have made that clear already in my blog). But unless we start communicating with each other, the problems you’ve cited will only get worse.

Just FYI about me, though, since you’ve made a lot of assumptions. I could never afford insurance until Obamacare came along. My mother, grandmother, two of my aunts, and a cousin all died of Huntington’s Disease. It’s a genetic disorder that runs in the family. If I end up getting symptoms I’ll need expensive hospital care. So Trump’s health care “plan” is a major concern. Furthermore, a close relative of mine is 75 and is showing worrying signs of what could be Alzheimer’s Disease. I do not take any of this stuff trivially.

My longtime girlfriend is of Mexican descent. She’s a US citizen, but her parents are not, although they’ve lived here for many years. She’s a school teacher in a district where there are very few white kids. We live in Los Angeles where things are fairly chill (nearly half the population is Latino). But Trump and his supporters’ views on Mexican-Americans are personally quite worrying to me.

It also happens that I have Holocaust survivors in my family as well. My sister’s ex-husband, the father of my niece and nephew, is Jewish. Some more trivia: His father was one of the first American soldiers to liberate Hitler’s HQ in Obersalzburg — the famous “Eagle’s Nest.” I’m proud to have someone like that in my extended family. You should see the photos he took!

We all make assumptions. That’s how the human mind works. It takes partial information and fills in the blanks. If we tried to deal with every piece of information we encounter, our brains couldn’t handle it. So we learn a little and assume the rest.

The problem with assumptions is that we need to be very careful with them. They can blind us to important issues.  In the case of the political climate in America today, it can lead us into being exactly the kind of people we oppose — people who make blanket assumptions about entire groups based on very little knowledge or based on media-created images of them. I refuse to do that. Or at least I refuse to accept the assumptions I, myself, make.

I am completely fed up with Mr. Trump. I do not like him and I voted against him. Therefore, I plan to avoid writing any more articles that involve him in any way. This will be my way of speaking my mind about him and his over-inflated sense of importance.

I didn’t support Trump but your donation will support me. Thank you for your support.