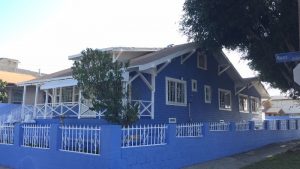 Happy New Year. Here’s my annual Year in American Buddhism Round Up! Actually, I’ve never done one before. But it seemed like a good idea.

The biggest story in American Buddhism for me in 2018 was the scandal around Noah Levine and the subsequent downfall of Against the Stream and Refuge Recovery.

Between 1982, when I started doing zazen, and 2003 when Hardcore Zen, my book about hardcore punk and Zen Buddhism, came out I had not met even one other person who was interested in both punk rock and Buddhism. Not one. When a book called Dharma Punx by Noah Levine appeared nearly simultaneously with Hardcore Zen, I was pretty astonished.

I don’t know Noah Levine. I’ve met him a few times, but never had a conversation with him. Nevertheless, we’ve been associated in a lot of people’s minds for a long time. I’ve spoken at a few of the centers he established and I’ve watched his career from afar.

The lurid tales I’ve seen about Noah on the Interwebs sound like Victorian pornography to me. They supposedly detail the horrid misdeeds of a most wicked man. Yet I wonder how much of their appeal is pure titillation.

On the other side, the rebuttals from Noah’s supporters just confuse me.

I have no idea what “really” happened. I just know it was sad to see Against the Stream and Refuge Recovery collapse. Those organizations seemed to do a lot of good for people for whom other organizations were not working. I hope they manage to pull something together from the wreckage.

It may not be a good idea to tie a Buddhist organization closely to a single person. The spiritual empires charismatic people try to establish around themselves never seem fragile in their heydays, and yet they always shatter so easily.

Next up, the idea that psychedelic drugs are good for Buddhist practice raised its ugly misshapen head yet again with articles in major Buddhist publications. One nominally “Buddhist” organization has even begun devoting itself almost entirely to championing drug abuse as a path of liberation. I’ve already written far too many words about how ridiculous this idea is. That it’s still being taken seriously by anyone who has the first clue about Buddhism is beyond my comprehension. Are they actually that stupid? Or does getting more publicity and wider readership really outweigh the need to be honest?

And finally, politics. All across North America, Buddhist publications and Buddhist organizations continue to double down in their embrace of partisan politics. Every time a new hashtag trends on Twitter, the Buddhist publications scramble to find someone to do a “Buddhist” hot take on it and Buddhist masters deliver “important” and “relevant” dharma talks about it. I guess it gets hits and puts butts in seats.

Y’know, I understand why people are upset about the current state of politics. I’m upset too. But Buddhism has been around for 2,500 years. A lot of politics have come and gone in those years — events and movements and scandals that seemed every bit as urgent to the folks back then as the current events feel to us.

Oh, but this time is different, you say. This time it could be the end of the world! You don’t think generations before ours ever thought it was the end of the world? Then you haven’t read ancient history and you’re not even conversant with contemporary history. Why do you think Jim Imij wrote Drop the A-Bomb on Me for Zero Defex in 1981? He wasn’t kidding around. He thought — hell, all of us in the band thought — nuclear Armageddon could break out any day. Because it really could have.

Buddhism is supposed to address something deeper than transitory politics. It’s supposed to address the things that unite us all, rather than wasting time and energy with what divides us. It’s a shame to see so much of American Buddhism getting wrapped up in such ephemeral nonsense. When the partisan noise fades away, no one’s going to give a rat’s ass what some dude in brown robes had to say about the president’s immigration policies any more than anyone cares what Dogen thought of the Minamoto clan’s adoption of the bakufu system.

It makes me sad for people who have to endure their local sanghas getting hyper-partisan. It’s hard enough to find people who want to meditate together without requiring them to also support the same candidates and policies. 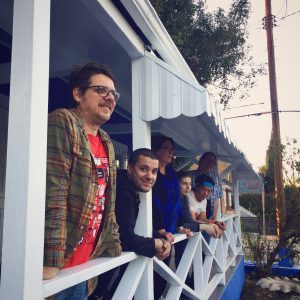 But 2018 wasn’t all negative. In a classic example of something that seemed bad turning out to be a blessing, the Angel City Zen Center was very suddenly forced to leave the space we’ve been in for the past two years. The landlord decided she wanted to move back into the place, which is about the only legal way you can kick someone out of a rented space in Los Angeles.

This forced us to look for a new place and what we ended up finding was far better than what we had before. We had a our first event at 2526 Kent Street, Los Angeles, CA, 90026 on New Year’s Eve and a bunch of new people showed up.

This new location is actually much more like what I had originally envisioned for the center. It’s a cozy house in Echo Park with just enough room for a moderate sized meditation group. It’s hidden away enough to make folks have to work a little bit to find it, which I like. I’ve never wanted a showy place on a main thoroughfare intended to attract the casually curious. But if you’re willing to put in some effort, we’ll be there for you.

Buddhism in America is getting bigger, flashier, and more commercialized. As it continues to do so, it will continue to have the kinds of issues I’ve seen in 2018. Maybe in 2019 it might be time to get small.